The great mathematician Grigore Moisil one day said that “the teacher learns more every day, and more than yesterday, by teaching another what he knows, preparing him for what he will learn tomorrow”

Specificity of the method of teaching mathematics

Teaching and learning mathematics is a real challenge for teachers, but also for students. Whether we encounter students with learning difficulties, or, on the contrary, students with higher capacities, the current trend in education is to adapt the knowledge, means and methods of teaching to the individual peculiarities of the students, further defending the concept of differentiated learning.

A student’s attitude to learning math must be active. He needs to learn to think for himself, to address and seek individual solutions to problems or demonstrations of theorems that he can then discusses with others.  Mathematical thinking involves the ability to reason in rigorously composed stages, each related to the previous one, but also the ability to concentrate over a long period of time. Taking into account the influence of computational technique in current life, the math teacher must emphasize the development of the students’ algorithmic thinking. Abstraction capacity training is another goal in the work carried out in math classes. However, the in depth knowledge of a mathematician does not guarantee teaching skills. The ability to communicate, to present in an accessible, comfortable, motivating way is also crucial in leading to the best outcome possible. To do this, the teacher should know the psychology of children in his classroom, constantly perfect his teaching-learning-assessment method, improve his notions of pedagogy, have tact, and be open to the new.

In modern learning, the method of formative education is emphasized, with added research and identification of knowledge, self-training and self-education expansion.

It is also recommended to use in general an active-participatory methods so that those whom require the relational components of the teaching activity: teacher/student, student/student can improve. The efficiency and value of a method is conditioned by the quality, appropriate choices, and the correlation of the processes of which it is composed. 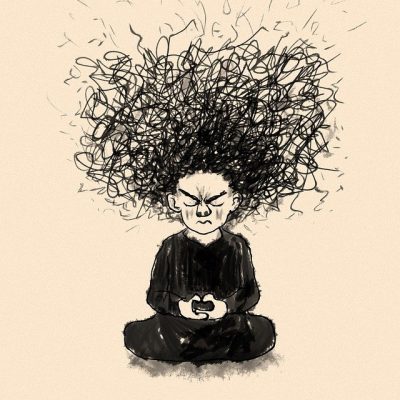 Since the 1st grade in primary school the “arithmetic” of the learning is present. It begins in an area described as “arid”, highly conceptualized, abstract, symbolic, and conventional: the area or the world of numbers. Some children can present from the very beginning difficulties in learning math while others do so much later. That is because the field of mathematics is constantly and gradually complicated in the assimilation process, and the internal structure of the subject is organized in a particular way. For example, the cipher sign “0” is paradoxical for the child who, learning that it represents the emptiness or “nothing”, discovers that the same “0” next to a 1, becomes 10, that is, something greater than 9  and not the nothing it expressed before. The figure “6”, for example, as a simple graphic sign is very close to the letter “G”, but when pronounced the child must articulate an entire word composed of three distinctive letters (S+I+X) and necessarily will think about letters. Such examples are numerous, which illustrates, once again, the many arithmetic (and mathematical in general) problems that students face.

In classroom work some students tend to accept things as they are, without assessing the importance of logical coherence. They are indifferent to the illogicality of relationships between operations or their own answers. This lack of logic does not come from a lack of intelligence, but rather is the cause of a deficient system, in which logic is not always considered important. The initial and gradual learning of mathematics and later of everyday mathematical skills is part of life. Therefore, the teacher has a decisive role in the development of “small mathematicians”. However, despite its importance, learning math itself is insufficient. They must evolve, at any level, to effective thinking methods. Understanding effective intellectual methods must be applied both in school curricula and in other areas (generalization and transfer). It is an attempt to encourage students to understand the rules and principles, stimulating their desire to learn for themselves.

We therefore infer that the role of the teacher is now more important than ever, influencing the knowledge of each individual student. However, as important as it is, it competes every day with the negative influences in a students’ lives: television, the internet,…. Whatever the cause, learning difficulties in math are a recurrent and common reality in schools.

The phenomenon is usually observed from the beginning of schooling (6-7 years) and is amplified, in particular, in the 2nd and 3rd grade until the 4th grade. Statistically, in the secondary school cycle, we can observe a peak significant both in frequency and gravity (usually in the 6th and 7th grades).  Although it is difficult to produce substantial statistics in the field of learning difficulties of mathematics, it is estimated that in first grade, about 8-10% of children have, in one form or another, difficulties learning math. In 4th and 5th grade,  this percentage rises to 20-25 %, and further aggravates as in 7th and 8th grades they approach a worrying 40%. Children with learning difficulties in mathematics who have reached 8th grade, are often either dropping out of school, or, attending vocational education.

We ask ourselves the question: “Why did it come down to learning math?” The answer: repeated failures, frustrating experiences in math class, prolonged stress in the face of examinations; such anxiety levels can stabilize in a constant and permanent stress. Recent studies demonstrated that girls are more likely to have a higher level of anxiety than boys, that younger students are less likely to face high levels of stress than older students, and finally, that solving exercises and problems is more stressful than evaluation in math theory.

It is difficult to say with certainty, to what extent mathematical anxiety influences learning disorders in math. The fact is that the two phenomena are frequently correlated and greatly affects mathematical performance and “builds” slowly but surely, mathematical anxiety accompanied by its characteristic behavior, identified as the following:

Mathematics is a subject tolerated by most students, but still presents learning challenges, sometimes as a result of the student’s own negligence. Students have shorter attention span in classroom and are less permeable to the ‘beauty of math’. The younger generation tends to be less interested in the classical approach to mathematics, and shows curiosity in other, more recent fields such as computer sciences and entertainment. Theoretical results of researchers in the field proved accurate, and the aim is to overcome these challenged with the passage of time.

As a response to these issues, it is important to sound the alarm and help teachers implement pressing measures to prevent the various difficulties of learning math in school.

The harsh reality of the education system sometimes makes it difficult for math teachers to help accordingly, making it even sometimes almost impossible to succeed.

Here are some ideas that can be taken into account when addressing these issues:

Under these rigorously conditions, the difficulties of learning mathematics will hopefully be lessen in the future.